By Tampa Counseling and Wellness

First of all, let’s begin with the explanation of the term ‘forensic science’. Forensic science is the term which is referred to a great variety of specialties which aim and work is to analyze some information for legal matters. This data can be physical, biological, and digital. Mostly, forensic scientists work with the police in order to analyze evidence in the committed crimes. Usually, they help greatly and try to make the process of investigation as quickly as possible.

If you want to become a forensic scientist, you have to give a lot of energy and time in order to obtain a qualified education. To achieve a good higher education you need to apply the accredited university, which will definitely give a very good and necessary knowledge.

There are a lot of kinds of forensic science, but one of the most fascinating and exciting is the forensic psychology. Forensic psychology is the field of forensic studies which is involved greatly to the different crime investigations and criminal proceedings. This field of forensic science helps to investigate, analyze and collect evidences. Psychologists are the people who usually not only stick to the law, but also analyze personal characteristics and the motives of committing a crime.

Your career in forensic psychology can start from the obtaining of the master’s or doctoral degree in three fields of psychology. These fields are as follows:

You can also take some additional courses before or after graduating. On these courses you can learn a lot of information which concerns the law system. The given information will be very useful in your future life and career.

Unfortunately, there are too little schools which can offer the opportunity to achieve a forensic psychology degree at the master’s or doctoral level. But nevertheless, you can obtain a specific degree taking a definite degree program. According to your abilities and likings you can obtain these degrees by means of attending full time courses or by taking the online forensic degree programs in psychology. You should know that all master’s degree programs require choosing one more field within psychology area. Having the specialization in one more field, besides the forensic psychology specialization, you will have an opportunity to be promoted on the higher position or to get more qualified job. The knowledge of two specializations makes an employer to believe that you are a qualified specialist in the field of forensic psychology. Besides, there are a lot of such courses offered for a master’s degree in the definite subfield of psychology.

Speaking about the doctoral forensic degree programs in psychology, you should mention that these programs require practicing in forensic social work in such areas as legal consultation or law enforcement. The choice of the degree level is very important and difficult. But you have to choose which degree you would like to obtain. There are two kinds of areas from which you can decide, in what very field you would like to work. You can work in the academic or clinical realm. Academic realm means that you will deal with such activities as teaching and research. As for the clinical realm, you have to know that you will deal with practice itself in the field of forensic psychology.

Before that, let’s understand what exactly ‘psychology’ is.

Though the terms psyche and logos will tell you that it is the study of mind, it is, well, something different.

Psychology is a science that studies behavior and cognitions (for the technically challenged- memory, language, perceptions, thinking etc.).

It came about when some people decided that it had to be differentiated from metaphysics, philosophy.

Thank God for them, otherwise we psych students would never have the fancy equipment in our labs that we do at present as also the various experiments and psychological tests we pride ourselves on. The ‘science’ connection came from the other illustrious parent, physiology.

Wilhelm Wundt founded the first laboratory of psychology in 1879, formalizing the break and establishing the subject as an independent academic subject and since then, it has been through a number of debates on, believe me, what should the subject study! The definition that I gave is the latest one and I hope now you understand why the literal meaning of psychology is different from what psychologists profess to study. Evolution, man. Of ideas. As simple as that.

Now let’s gear up for what psychology is NOT.

Firstly, psychology is not the same as psychoanalysis.

The latter comes under the former and is definitely not all that the former is. Not every psychologist is a Freudian (I’m not, for example. I’m a Humanistic psychologist, if you really want to know). And for God’s sake, Freud is not the father of psychology. He made psychology popular, took it to the masses and is one of the biggest thinkers and intellectuals we have ever had but with all due respect, his teachings are not to be taken as the general impression of what psychology is.

Secondly, those who study and practice psychology are psychologists.

Intuition, sixth sense and all that fancy stuff that Hollywood has stuffed you with is not psychology. Remember that the next time you meet a psych major. We can’t tell what’s going on in your mind or what problems you are having just by looking at your face. We do predict behavior but not by spending 2 minutes with people. We are not astrologers, c’mon. We also control behavior, but in a very different sense than what the lay man would like to believe. Say, if a man is a drug addict, rehabilitating him to his fully functioning self would be an example of control. So would be helping a child get rid of his irrational fear of heights. So would be increasing cooperation in a team of an organization. These are the kind of ‘controls’ we try to achieve. We are good people, essentially.

Psychology is not the same as psychiatry.

Finally, we psychologists are normal people. Just like you.

Yes, as normal and as much abnormal. We are not magicians and we are definitely not God. We mortals do have problems in our lives. It is just that we have better tools to deal with those and so we are better placed to solve them. But problems do strike us all the same. A psychology student nervous before her paper presentation or crying on a loved one’s death are not to be taken as things grossly out of place. We are humans, before being anything else. We do need to breath, sometimes.

Oh, by the way, life is great when you are a psychologist.

Psychological counselling is supposed to be a private and confidential exercise with an independent and objective person. The vast majority of counsellors know that and respect it utterly. But for the person being counselled, that’s difficult to keep in mind. Yet, for him or her, is that all there is to it? I don’t think so.

Contemplating the counselling session and maybe the first one at that, sufferers can be in torment inside. They try telling themselves that their turmoil is all about their fear of what the counsellor might think of them when a clean-breast of it has been made. Will the counsellor believe them?

I believe two truths need to be exposed here.

Imagine that it is you or me planning to go through counselling.

First we would need to ask whether we ourselves, not the counsellor, are ready to hear aloud what we have to tell. Having maintained the secrecy so long, haven’t we been protected and insulated from our own memories.

Don’t we sense a real inner reluctance and reticence about exhaling the emotional stench that has been buried deep inside us?

Strong words, intentionally, but isn’t that how we can sense it?

Also the worse the buried memories and the longer they have been hidden, don’t those words need to be stronger?

Should this stop us in our tracks? Good Gracious! No! We just need to admit in our minds that this is much more about admitting all this aloud to ourselves than about telling others.

Doesn’t this evoke awareness of a second truth – and anxiety?

Won’t we collapse emotionally in the face of all this? We can feel the emergence of fear from our sub-conscious. Somehow over all the years, we have managed to keep a semblance of emotional self-control, despite it all. The fiercest feelings deep within us have been suppressed to enable us to try to live ordinary if strained lives.

So, as we face this potential out-pouring, we are inevitably anxious, even in a sudden panic as questions race through our minds:

The answer to that is that there may be some unpredictable and unaccountable moments if and when we lose it emotionally. But if we ask ourselves what is worse: that or continuing to burden ourselves with hideous secrets inside, what must be our response? Surely, it has to be OK to lose it occasionally?

And one final point: the abuse from which we suffered can indeed have been criminal in its nature at the time. But do remember the cause of the problem can have been entirely unintended by those we now see as responsible, nevertheless.

Key here is how we framed in our minds at the time what happened and what it has caused to us since.

And a tip: if initially, the thought of trying to vocalize it all to the counselor is going to be just too much for you, then try writing out your whole story in your own time and giving or sending it to the counselor before the psychological counseling starts. This will help them and will have a cathartic impact on you too.

Good luck and do take on board that the emotional gain and release from the process is worth 100 times the pain of getting started. And if you have read this, knowing someone close to you is thinking about counseling, I hope sincerely that these thoughts will enable you to empathize with them more. 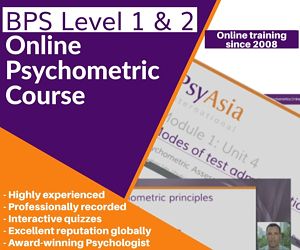